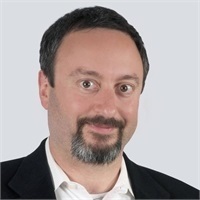 Jesse Lunin-Pack is the President and Founder of Lunin-Lack & Ferro Financial Group. After more than a decade of experience working for a variety of well-known financial services companies, Jesse decided he could best serve his clients by starting his own firm, where he could focus on servicing his clients without the relentless sales pressure of Wall Street.

Jesse has a bachelor's degree from Tufts University, where he studied history. His love of history informs how he works with clients – Jesse firmly believes that the most valuable service he can provide to clients is helping them to avoid the common mistakes that other investors have made before them. This is why he believes that educating clients is essential. Jesse continued his education at the Leonard N. Stern School of Business at New York University where he was awarded a Masters of Business Administration (MBA) with a concentration in finance and management.

In an effort to encourage his family to live their best lives, in 2018 Jesse moved from Long Island to the Village of Putnam Valley, New York, with his wife and two sons where they enjoy hiking, mountain biking, and snowboarding. He is an Emergency Medical Technician with close to 30 years of volunteer experience with a number of agencies, including The Atlantic Beach Rescue Unit where he served as an officer, and the City of Long Beach, NY, Fire Department.  Jesse was an alternate member of the Board of Zoning Appeals of The Village of Atlantic Beach, a former Trustee of The Park Slope Jewish Center, and the former treasurer of the Triathlon Association of New York City.